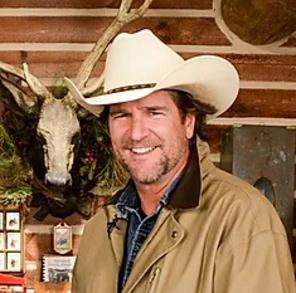 For over 25 years, Tim Farmer has been entertaining audiences with his journeys across the Commonwealth of Kentucky.  The 5-time Emmy award winning host and executive producer hosted and produced Kentucky Afield for over 20 years.  After 20 wonderful years, he announced his retirement from the Department of Fish and Wildlife December 2015.

“Tim Farmer’s Country Kitchen” will be starting its 9th season soon, and has already been nominated for an Emmy.  This show about cooking, farming, canning, gardening and smoking and preparing meats, has risen to the top of KET’s most popular shows.

Tim has a never give up attitude that has driven him to be an award winning archer, despite losing the use of his right arm as a young Marine in a devastating motorcycle accident.  He uses his mouth to shoot a 70 lb. bow in pursuit of large game across the continent.

Tim is also a musician.  He recently designed a brace to play the guitar after not being able to play for over 30 years.